My Cart (0) Total: $0.00
You have no items in your shopping cart.
My account
My results
Close
Menu
Menu
My account
Filters
Search
Previous Post Workplace wellbeing: How to stay healthy and happy while working from home Next Post Pre-diabetes and heart disease: What you need to know

5 secrets to health and happiness from one of Australia’s leading health, weight-loss and diabetes experts 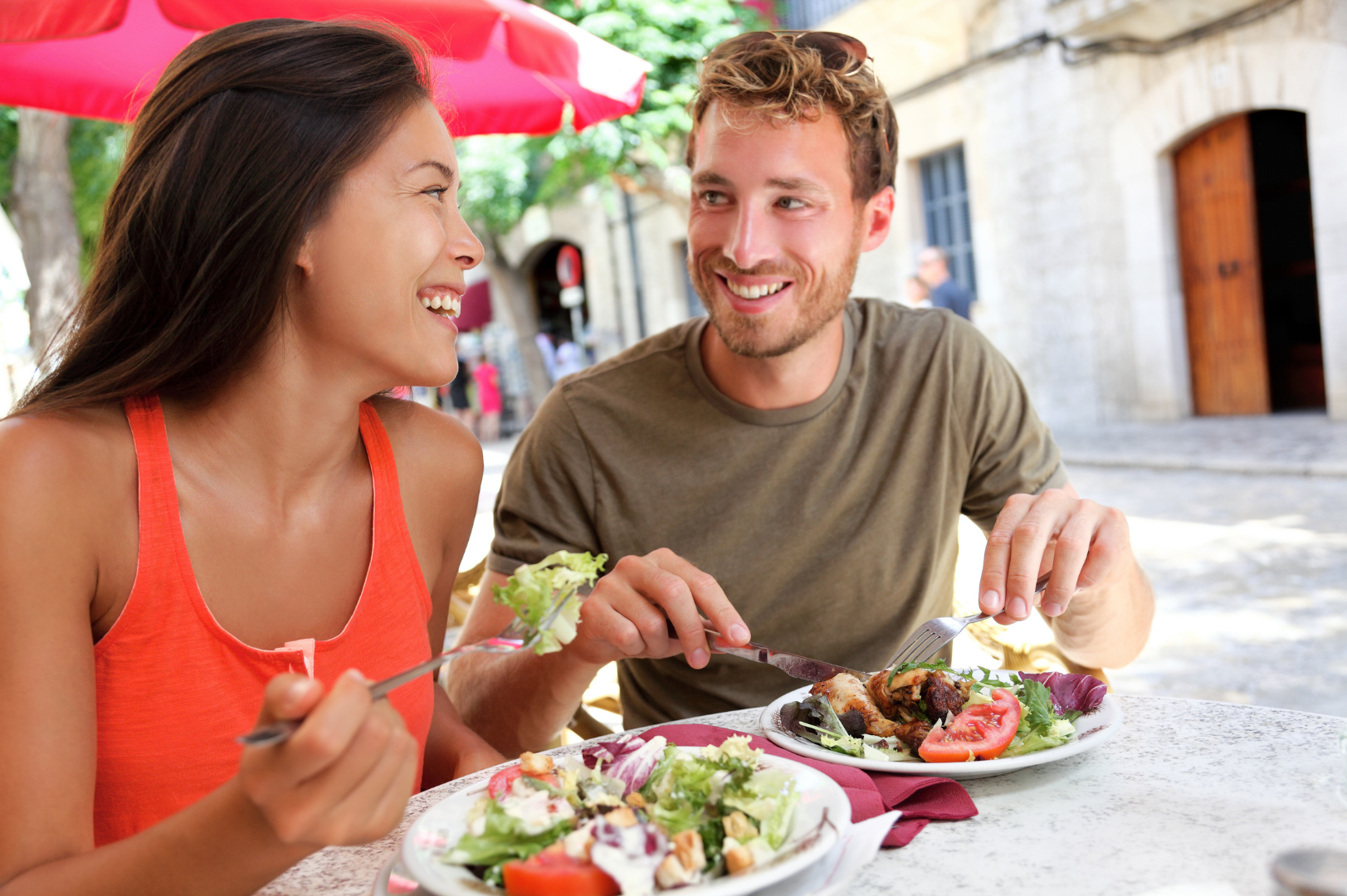 A champion in the field of nutrition

Affectionately known as “GI Jennie”, Australian food scientist and researcher Professor Jennie Brand-Miller is the equivalent of a rock star in the world of food and nutrition.

The professor of human nutrition, who has a slew of cook books to her name, is best known for her ground-breaking research that led to the validation of the glycaemic index (GI).

Working with researchers at the University of Sydney, Jennie discovered that it was possible to “rank” carbohydrates in certain types of foods based on how they affect your blood sugar levels. Her research group is internationally recognised for its work on nutritional aspects of food carbohydrates.

Jennie’s books about the glycaemic index and its relationship to diabetes and weight loss have gained her international acclaim, having sold more than 3.5 million copies since 1996.

This research has led to new approaches in diet and weight loss, and managing diseases associated with obesity – including heart disease and diabetes.

Since that early research, Jennie has been involved in research into the glycaemic index around the world, continues to write books on the subject and has launched a food labelling program that has helped millions of people adopt healthier diets.

As someone who has dedicated their life to the health and well-being of others, Jennie has plenty of tips to share on how to lead a healthy – and happy – life.

Turning a fascination into a life-changing career

Jennie’s interest in how food influences the body began when she was young.

“I remember being a small child when my grandfather told me that if I ate Vegemite, it would make my hair go curly. That sounded appealing to me because I had very straight hair,” she laughs.

Jennie says that this comment made her wonder if food could have something to do with your outward appearance.

“When I was a teenager I was interested in the composition of food and what happened to foods during cooking – particularly from a scientific point of view. Food science always fascinated me, so a career in that area seemed like a logical progression,” she says. 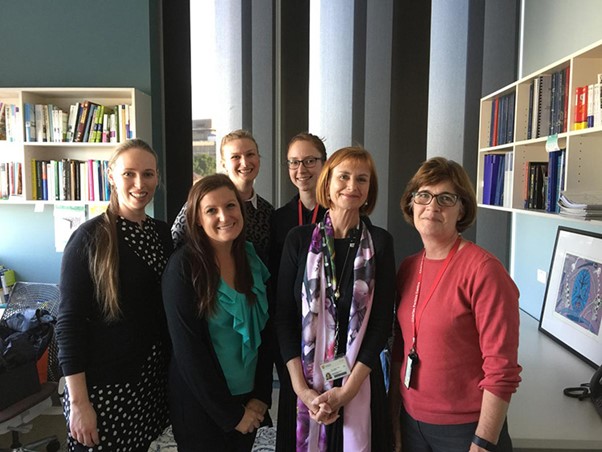 Now, Jennie is at the forefront of research that has the potential to help millions of people avoid diseases associated with obesity — especially diabetes

Jennie has recently completed work on a major new research project, known as the PREVIEW study. PREVIEW is an acronym for PREVention of diabetes through lifestyle Intervention and population studies in Europe and around the World.

The PREVIEW study involved 2,500 people from eight international locations over three years. The primary goal was to identify the most efficient lifestyle pattern for the prevention of type-2 diabetes in a group of people living with pre-diabetes.

In the first 8 weeks of the study, the participants used meal replacement shakes as a fast calorie-controlled method to lose an average of 11% of their initial body weight. This encouraging weight loss provided a good starting point for the participants, as weight loss is linked to a reduced risk in the development of type 2 diabetes.

After the 8 weeks, all participants were randomly assigned to one of two diets. “One diet focused on higher protein, lower GI combinations, and the other diet was your conventional low-fat, moderate protein and moderate GI,” she said.

“We wanted to find if there was a more efficient diet and exercise maintenance program for preventing diabetes,” explains Jennie.

“We actually found that there weren’t any major differences between the diet or exercise programs. Every process worked.”

5 tips for good health and happiness

Now recognised around the world for her work on carbohydrates and the glycaemic index of foods, Jennie is happy that her work has been able to help so many people lead healthier – and hopefully – happier lives.

While immersed in the world of science and nutrition, she believes the secrets to good health and well-being are pretty simple. She shares five of her top tips below:

“Sleep is really important, so it helps to go to bed at the same time each night and give yourself a good seven hours’ sleep. When we’re tired, cortisol levels increase which increases your appetite and leads to increased eating and weight gain.”

“Stress is one of the most common reasons for overeating,” Jennie says. “Stress also raises cortisol levels and interferes with sleep. So engaging in activities that make us happy and help to reduce stress – like meditation, yoga and regular exercise – are important to our overall health.”

“Research over the years has also confirmed that you can better control blood sugar levels in diabetes if you eat a healthy diet based on mainly low GI-based foods.”

4. Exercise regularly and mix it up

Jennie recommends four different types of exercise — moderate to vigorous exercise, resistance training, stretching, and incidental exercise. “You don’t have to do all of them every day, but over a week, aim to do a bit of each. One thing I always do is to take the stairs instead of the lift when I can. Even this can affect your metabolism for the next few hours.”

5. Enjoy what you do

“Enjoy life, whatever it is you do. Pick an exercise you enjoy doing. Spend time with people whose company you enjoy. And, when eating, enjoy all things in moderation without feeling guilty. It shouldn’t be an all or nothing approach.” 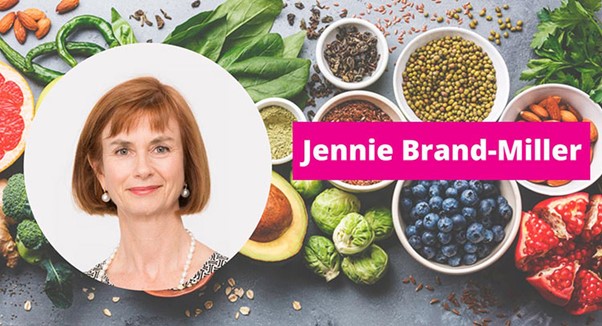 Professor Brand-Miller holds a Personal Chair in Human Nutrition in the Charles Perkins Centre and School of Life and Environmental Sciences at the University of Sydney, Australia. She’s a Fellow of the Nutrition Society of Australia and the Australian Institute of Food Science and Technology. She’s a recipient of the Clunies Ross Medal for contributions to science and technology in Australia, the Australian Institute of Food Science and Technology Award of Merit and Membership of the Order of Australia. In 2018 she was elected as a Fellow of the Australian Academy of Science.

Learn more about staying on top of your health with the MonitorYou blood monitoring service.